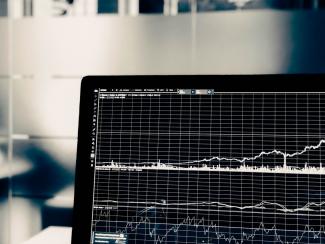 The October Effect - Fact or Fiction?

As the third quarter of 2019 is already in the rear-view window, we have seen another 3 months where the market has bounced around but ultimately ended in positive territory.  The S&P 500 added another 1.7% this quarter to be up 20.6% so far this year.  In fact, the S&P 500 has recorded positive returns in 29 of the last 39 years! 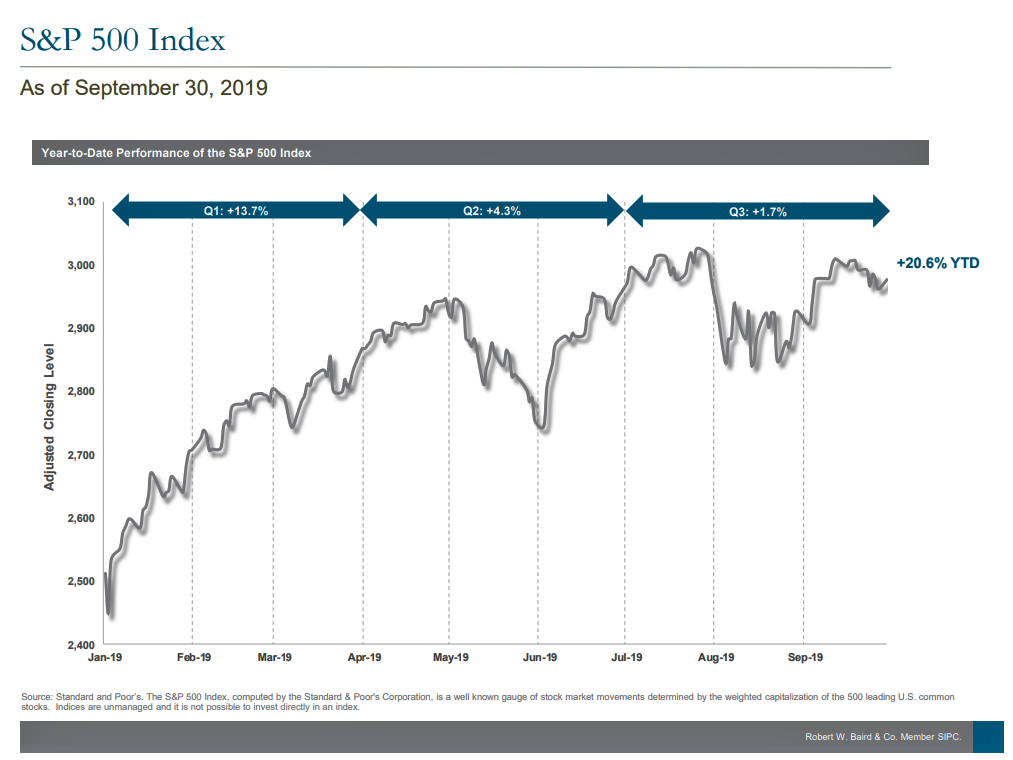 A hot topic for the markets in the last six months has been trade talks with China.  While this has caused and continues to cause, short-term volatility in the market even international markets have continued upward.  The US equity markets have dominated the recovery since 2008, but some economists feel there could be a turning in the tide.  Some European countries suffered a double-dip recession that the US did not face, leaving a huge discrepancy between the regional returns in the last 10 years.  We regularly see periods of time where one region will outperform another further emphasizing the need for diversification. 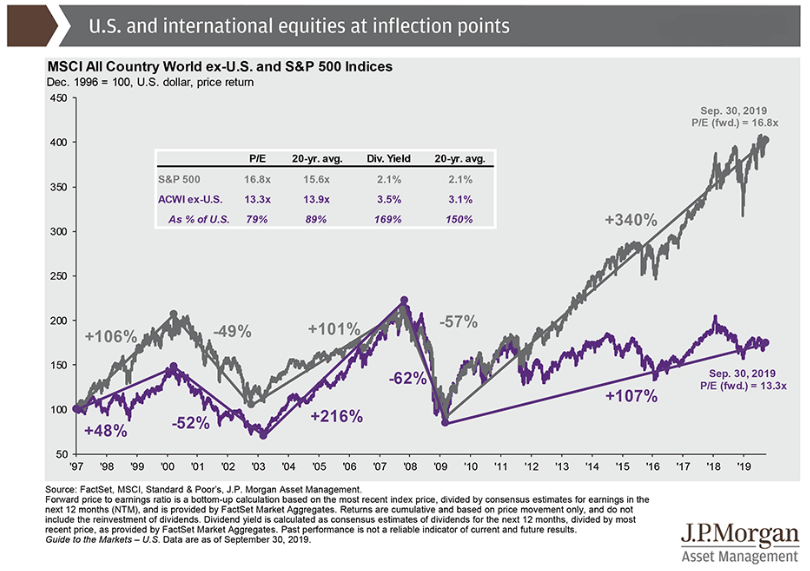 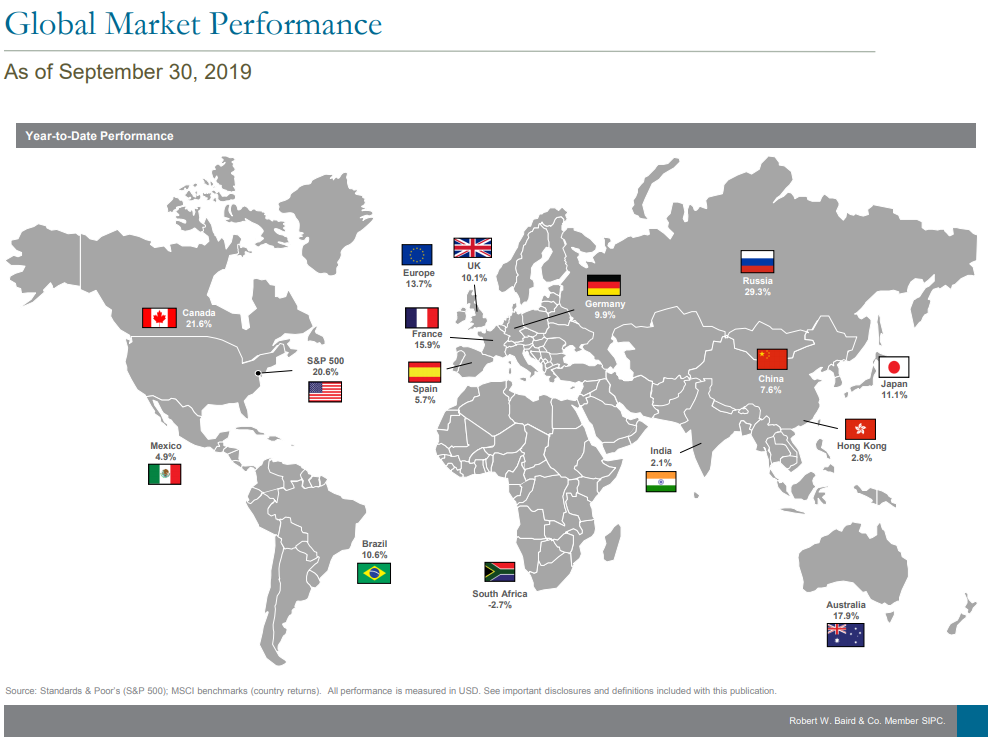 The month of October has seen some pretty big declines historically.  The news media refers to it as “The October Effect”.  Some of the big declines in October over the last 100 years: Black Monday in 1929, the Stock Market Crash of 1987, and more recently October of 2008 with the largest single-day drop in more than 20 years.  However, going back to 1950, there have been 42 years when the month of October had a positive return compared to just 27 years with a negative return.  I would rather stick to my long-term investment philosophy and avoid the media hype! 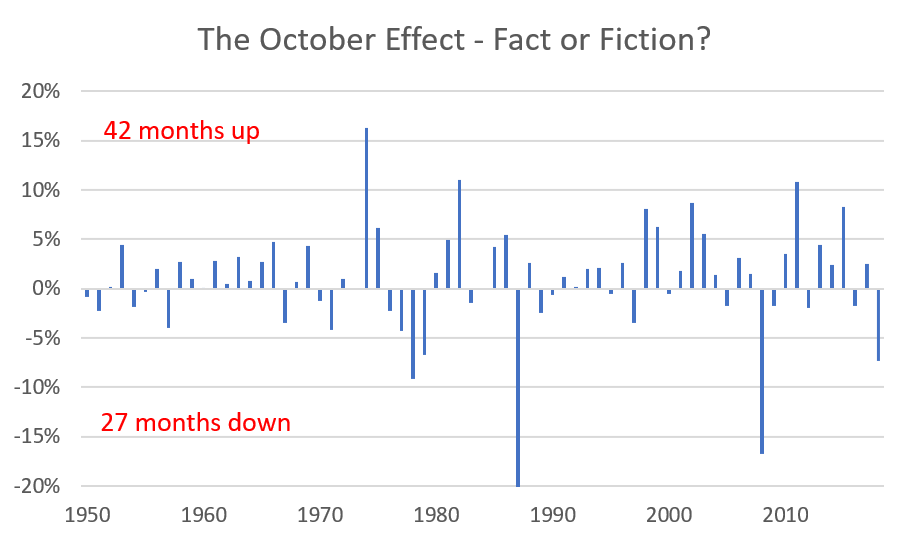 So statistically what is the worst month to invest since 1950?  Check out our Facebook page to learn the answer!