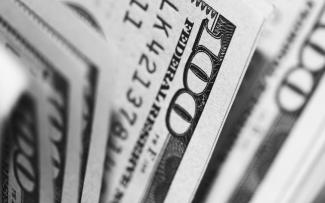 Reports from the Federal Reserve, which sets interest rate policy in the U.S., have told us that the current inflation that we’re experiencing is “transitory.” While this may well be the case longer term, has anybody seen gas prices lately? Has anybody tried to buy a house in this market? The current labor shortage is leading to higher wages, which usually find their way into the prices of goods and services, and the government has been printing money (mainly by issuing bonds and extending credit) at rates never seen before.

Add to this a new data point, one that will be welcome to many retirees. The Social Security Administration, which relies on annual inflation data to set its cost of living increases, has just announced that Social Security benefit checks will be 5.9% higher in 2022 than they were this year. This is the largest increase since 1982, when inflation was still rampant from the “stagflation” economic era. To put that into perspective, Social Security’s cost of living (COLA) increase has averaged 1.65% over the past decade.

The average retiree received $1,565 in monthly Social Security benefits this year, and that will go up $92 a month, to $1,657. The AARP tells us that this will be nearly all the income received by 25% of seniors in America, and many more rely on these checks to pay for a large part of their retirement expenses.