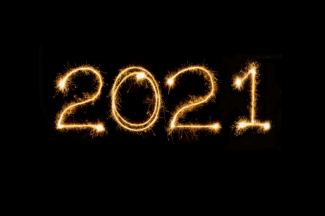 A Simple Trick to Stick to Your New Year Resolutions

Want to replace your television habit with exercise? “I want to start running” could work better than “I want to quit watching TV so much.”

How we phrase our New Year’s resolution could give us a slight edge as to whether or not we’ll stick to the new habit, according to a study published in the open-access journal PLOS One.

Frame your resolution in the positive, as something you’re committing to doing may work better than framing your goal around quitting a bad habit or avoiding a particular greasy food.

Researchers at Stockholm University and Linköping University in Sweden analyzed resolutions made by 1,066 people. The team divided participants into three groups — people who got no support, limited support and extended support — and checked in each month throughout the year to see how well the subjects were staying true to their resolutions.

“What surprised us were the results on how to phrase your resolution,” said lead study author Per Carlbring, a professor of psychology at Stockholm University, in a news release. “The support given to the participants did not make much of a difference when it came down to how well participants kept their resolutions throughout the year.”

After a year, 59% of those who framed their resolution as an approach goal (“I will run more”) has kept to their habit, while just 47% of the avoiders (“I will quit chocolate,” for instance) had succeeded.

“In many cases, rephrasing your resolution could definitely work,” Carlbring said in the statement. “For example, if your goal is to stop eating sweets in order to lose weight, you will most likely be more successful if you say, ‘I will eat fruit several times a day’ instead.”

About 33% of participants chose resolutions related to their physical health, 20% focused on weight loss and 13% worked on changing their eating habits.

Through framing a goal positively can be useful, it shouldn’t be your main focus as you start planning your resolutions for this January, said John Norcross, a professor of psychology at the University of Scranton and author of “Changeology: 5 Steps to Realizing Your Goals and Resolutions.”

“There are lots of things that contribute to the effectiveness of resolutions. It’s certainly not a single magic bullet,” he said.

Norcross has been researching behavior change, including New Year’s resolutions, for decades.

He cautioned that although the Stockholm University study didn’t establish a clear link between social support and sticking to New Year’s resolutions, the overall body of literature does show that peer support is a major factor that can ensure successful behavioral change.

So if you make a resolution this year, declare it publicly. You’re more likely to stick to changing if others help hold you accountable rather than if you make a declaration only privately.

So, simply set a resolution if you want to change your life — and remember to frame it positively so you’re more likely to stick with it.