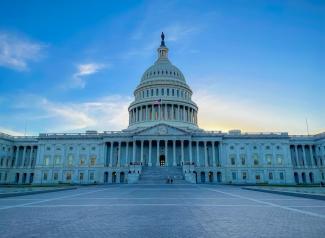 In the waning days of 2022, Congress passed something called the Consolidated Appropriations Act of 2023, which authorizes roughly a year of federal spending ($1.7 trillion worth), and also includes the SECURE Act 2.0, with a number of provisions that might be of interest to financial consumers.

One provision that could be of interest to a number of retirees is a small push-back of the age when required minimum distributions (RMDs) begin.  These, as you probably know, are amounts that people above a certain age are required to take out of their retirement plans (IRAs, in many cases), whether they need the money or not.  Before the tax bill, that age was 72; people had to start taking their distributions in the year that they reached that age, and the distributions would be a higher percentage of the retirement assets for each subsequent year.

One of the most draconian penalties in the tax code comes if someone were to miss taking out their full RMD in any tax year; the IRS penalty is an excise tax amounting to 50% of the amount that should have been distributed but was not.  In the new bill, Congress reduced that surtax to 25% (still pretty steep), and reduced it further, to 10%, if the retiree catches and corrects the under-distribution before the next tax return is due or before the IRS sends a demand letter.

Beyond that, there are a number of what Congress must believe are enhancements to the existing panoply of retirement plan options.  Previously, people participating in a company-sponsored Roth IRA account had to take annual RMDs; now they don’t—which levels the playing field with individual Roth accounts, which have never imposed RMD requirements.  The bill would allow employers to offer Roth versions of SIMPLE and SEP plans; previously those plans could only include pre-tax funds.  Employers will be permitted to deposit matching contributions into these Roth accounts, which would be included in the employee’s taxable income in the year of the contribution.

And a provision would allow employers to make matching contributions to a 401(k), 403(b) or SIMPLE IRA plan for qualified student loan payments—that is, payment on the debt incurred for higher education purposes.

Speaking of higher education, people who have set aside money in a state 529 plan to pay for college expenses, and no longer have a need to use it for that purpose, are now able to move those excess funds directly into a Roth IRA, up to a maximum of $35,000.  The bill requires that the Roth IRA receiving the funds be in the name of the beneficiary of the 529 plan, and the 529 account must have been in existence for 15 years or longer.  (Any contributions made in the most recent five years, and earnings on those contributions, are not eligible for this transfer.)

People over 50 have been able to make an additional $1,000 contribution to their IRA, what has been called a catch-up provision.  But that amount has never been indexed to inflation.  Now, starting next year, the catch-up contribution limit will be raised with the inflation rate, in increments of $100.  Meanwhile, starting in 2025, participants aged 60-63 will be permitted to make catch-up provisions of $10,000 (up from the current $7,500) in their 401(k) plan, or $5,000 if they are participants in a SIMPLE plan.

Beyond that, the bill provides for various new exceptions to the 10% surtax imposed on people taking money out of their IRA or qualified retirement plan before age 59 1/2, and it creates a new type of ‘Emergency Savings Account’ that employers could set up for plan participants who don’t own more than 5% interest in their employer or receive more than $135,000 in compensation.  The employees can make tax-deductible cash contributions until the account reaches $2,500, and the money grows tax-free thereafter.  The idea is that this money will be used whenever the family faces an emergency.

Two areas where many people were expecting changes did not change.  The federal estate tax exemption was not reduced (with inflation indexing, it will be $12,920,000 in 2023; double that amount for married couples), and so-called ‘back-door’ Roth contributions are still a viable planning tool.

If Congress has to put tax legislation on the books in the waning minutes of the year, then at least we can be grateful that most of the provisions are positive ones, and that they don’t require an end-of-the-year planning scramble.  (You can put your hand down now.)