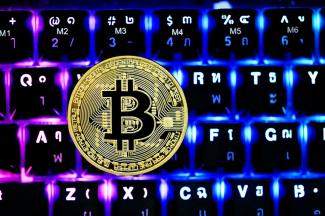 We are often told that the value of something is nothing, more or less, than what someone is willing to pay for it.  That actually isn’t true of stocks and bonds; both companies and debt obligations come with tangible value, the one being a going enterprise, the other being a solvent lender’s promise to repay the debt.  There are audited financials, regulations and actual economic activity underlying the up and down movements of these securities.  In the case of corporate stocks, there are millions of workers who go to the office every day to contribute to an incremental, steady increase in value—and typically, even after severe market downturns, investors come to realize that this value was actually increasing all along.

Even currencies, which are sometimes referred to as ‘fiat money,’ are backed by the issuing government’s ability to tax its citizens, and which gives them virtually unlimited resources to support the value of the dollar, yen, euro or yuan.

But the old saying about value depending on what someone will pay is completely true about something that some consider to be an investment: crytpocurrencies.  People buy and sell Bitcoin, Ethereum and the whimsically (and misleadingly) named ‘Stablecoin’ 24 hours a day and buy things with them if they can find a merchant who believes in their value.  The crypto marketplace is an ideal place to study how a small cadre of true believers are feeling on a given day.  They were not feeling bullish about Bitcoin in June, as the ‘coin’ lost 38% of its value.  Ethereum fared even worse, dropping 47% for the month.

And Stablecoin?  The crypto token whose price was allegedly pegged to the “stable” U.S. dollar fell from a dollar to well below a penny, costing its ‘investors’ some $60 billion in aggregate.

And, of course, that’s the problem with investing in the crypto world: there is actually nothing backing any of the coins except the belief that somebody, someday, will come along and pay to take them off your hands.  There’s no way to know whether people will make or lose money in the future on these coins created literally out of thin air, but we might remember that the definition of hope that someone will eventually believe your holdings are worth more than what you paid is known in the markets as “the greater fool theory.”