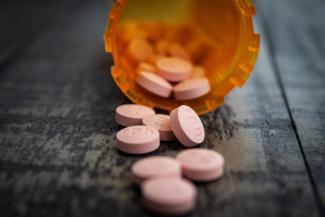 The Drug That Drives Medicare Premiums

People who are enrolled in traditional Medicare received a bit of a shock at the start of the year: the basic monthly premium for Medicare Part B, which covers doctor visits, diagnostic tests and other outpatient services, rose from $148.50 a month to $170.10.  This was the largest Part B basic premium increase in the history of Medicare—and of course for higher income people who are paying IRMAA premiums, the costs were much higher.  By way of comparison, the base Part B premium increase last year came to $3 a month.

What’s going on?  The dramatic increase appears to have been triggered by a single drug.  The U.S. food and drug administration gave the biotech manufacturer Biogen approval to begin marketing Aduhelm, a new monoclonal antibody treatment that has been prescribed for people experiencing early-stage Alzheimer’s disease.  The drug is currently covered under Medicare as a Part B outpatient benefit—at an initial cost of $56,000 a year, recently reduced, after negotiations, to ‘just’ $28,200.  The negotiations, it should be noted, were not conducted by Medicare itself, since Medicare, by federal law, does not have the authority to negotiate drug prices.

The Centers for Medicare and Medicaid Services specifically referenced Aduhelm in their justification for the increase, though the report also mentioned rising healthcare costs due to Covid.  The latter justification is not easy to swallow, given the modest increase last year after Covid had been raging through the hospital system for a year and a half.  Another issue in the debate is the fact that Aduhelm’s benefits have been widely questioned.  Medicare is requiring patients who are taking the drug to be included in new clinical trials—and the AARP, among others, are lobbying for a reduction in Part B premiums while all this is sorted out.