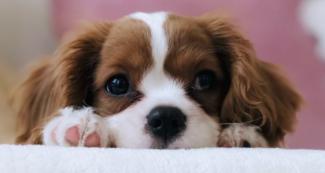 When you’re buying homeowners insurance, and you’re one of the 63 million U.S. households that owns a dog, you should know that many companies have lists of dog breeds that they will not cover on the liability portion of the policy.  Why?  Homeowners insurance typically pays the victim whenever a dog bites or causes other dog-related injuries (think: somebody falls because a dog jumps up on them or the dog causes a bicyclist to fall off the bike), with liability limits between $100,000 and $300,000.  The average dog bite claim will cost the insurer around $44,760 in medical and legal expenses; in all, dog-related injuries cost homeowner companies an estimated $854 million in 2020.

Recently, Forbes magazine compiled a list of banned dog breed lists from 42 different homeowners' insurance companies—reviewing lists that are often hidden from consumers’ view, though they are filed with state insurance departments.  Basically, every company banned Doberman Pinschers, Pit Bulls and Rottweilers, and more than 90% banned Chow Chows and any wolf hybrid.  German Shepherds were banned by 45% of the company policies, and you might be surprised to know that Great Danes were banned on 17% of them.  Mixed breeds of these dogs and guard dogs were also frequently banned, and if your dog has any prior incident of biting another person or attacking people, then that could result in an amendment to the policy or a decline of coverage.  Some insurance companies are now requiring dog owners of certain breeds to sign liability waivers for dog bites.

Of course, only a small number of members of these breeds actually act aggressively, something the Animal Defense League, the American Kennel Club and Best Friends Animal Society are all pointing out in lobbying efforts.  They are asking for a moratorium on “banned breed lists,” and instead suggesting that insurance companies treat dogs like they treat people: as unique individuals who each have their own temperament and risk factors.